skip to main | skip to sidebar


Originally we decided to standardized the motor mounts of our .99 diameter kits so that we could produce interchangable stage kits to work with a variety of rocket kits. 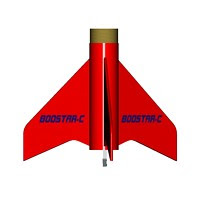 Early on we released the Boostar-C and Boostoh staging kits to fit the .99 diameter rockets including the Centauri, Super Centauri, Super Tooboh and Sword kits. All of these flew very well on either the Boostar-C or the Boostoh stages...So some very interesting combinations of these kits can be flown with either of these stages. Pretty much you can interchange them in any configuration as long as they are used in a 2 stage configuration. 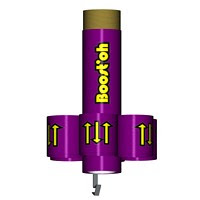 Later we started to test the Boostar-C in some 3 stage configuration and these flight were successfull using the Centari and Super Centauri with 2 Boostar-C stages and the Super Tooboh with 1 Boostoh and 1 Boostar-C stage. Although the flights were very stable the rockets tended to have flights that veered more into the wind than we'd like to see. This was due to the weight of the rocket with the 2 additional stages and motors which resulted in a liftoff that was too slow. 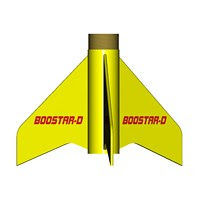 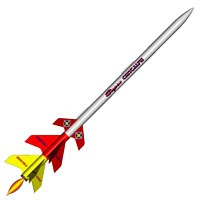 Recently we tested a D version of the Boostar callled the Boostar-D. Wev'e had some great high flights using the Boostar-D as the bottom stage of  a 3 stage combination on some of the .99 diameter ModelRockets.us kits. The extra power of a D motor has resulted in a much better lift off velocity and much straighter flights in moderate winds. Currently we have tested and recommend that Super Centauri and Super Tooboh can flown with great results using either a Boostar-D as the first stage and either the Boostoh or a Boostar-C as the second stage.

Go to to our YouTube Channel for Model Rocket Flight and Instructional Videos.